The rapid Sjöforsen is the beginning of the Vindel River and Ammarnäs’s special stretch. The neck of the rapid Sjöforsen is usually where we first get in contact with the Ammarnäs Trout during the season. Downstream, we find a variety of spots that hold fish. Most people have their favorite spots that they happily to sneak off to, but there are Ammarnäs Trout everywhere in the river.

The brook Guordisbäcken, the smooth water stretch Ottosmoraselet, Stryckan, Harabacken and the party above the rapid Järnforsen are only a few of the places not to miss when visiting Ammarnäs to fish for big trout.


Our guided tours during summer nights, full day tours and Spot on where we go through the fishing area, discuss tactics and choice of flies are the best start to get in contact with our large trout. Book early if you want to be guided by Ammarnäs’s most experienced guides. 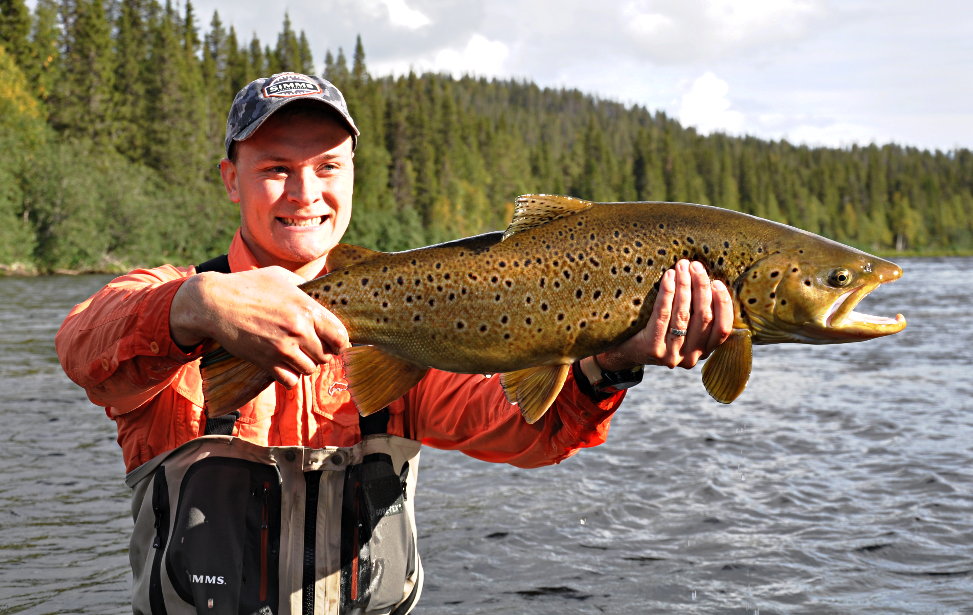 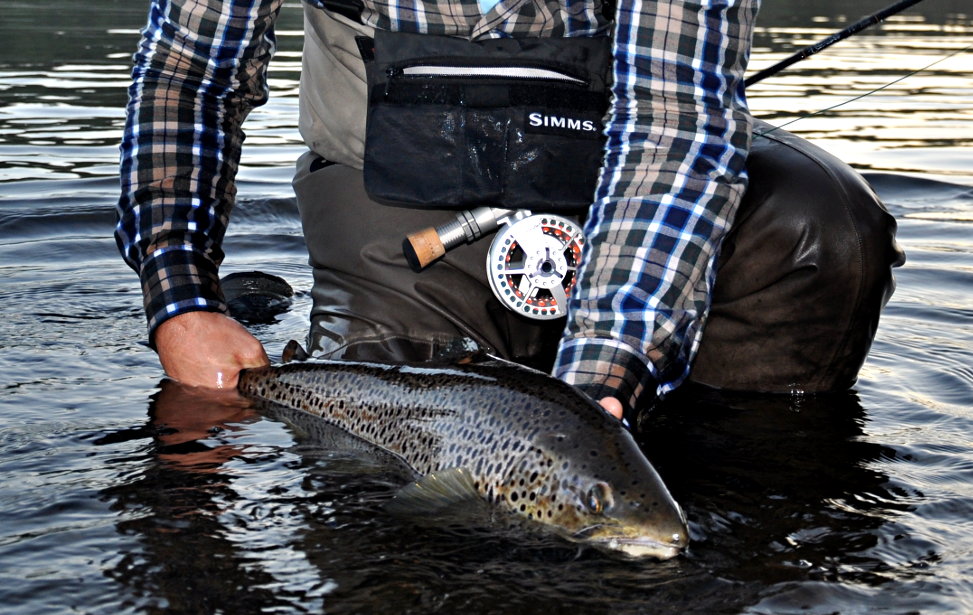 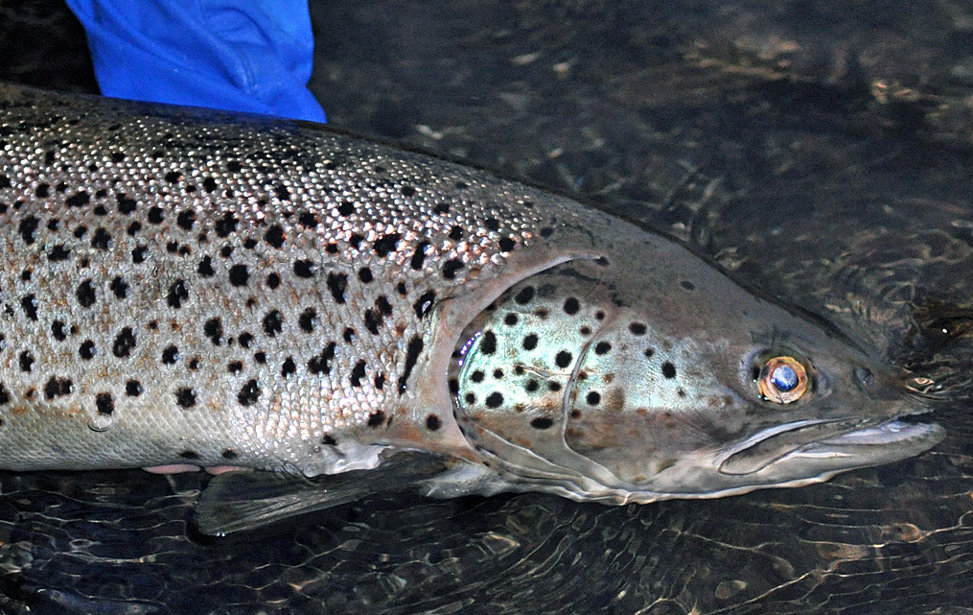 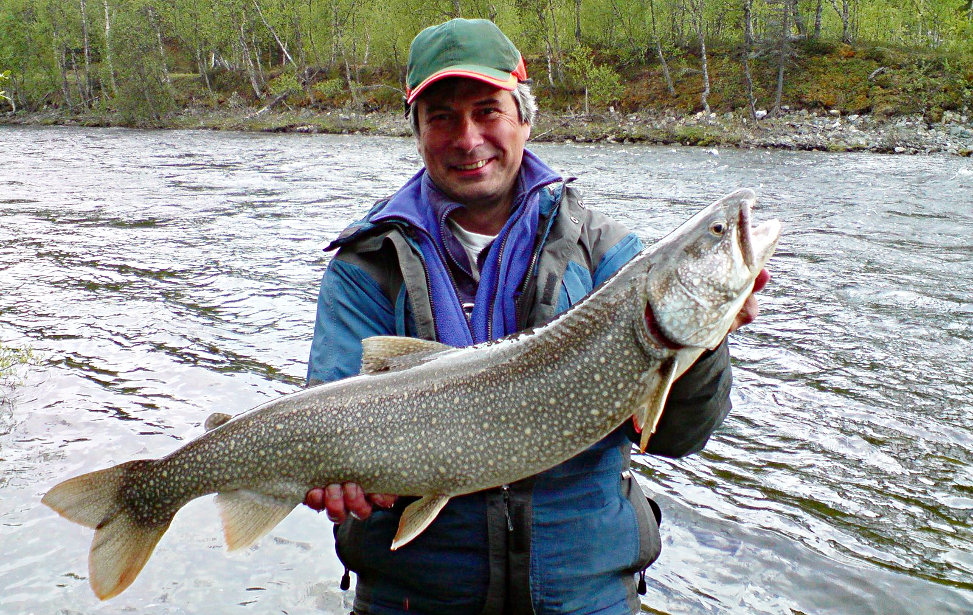 Peter Schmitt, 2008 (Mattias Oskarsson with a lake trout in the creek Tjulån)

The creek Tjulån is not as well known for its large trout and that's mostly because very few fish for the Ammarnäs Trout in the creek. In the lower parts of Tjulån we always see Ammarnäs Trout when we do the dive inventory and a few are caught every year. It’s well worth spending time from the lower suspension bridge and all the way down to the mouth if you want to get acquainted with the Ammarnäs Trout in other waters than the Vindel River.

Occasional trout are usually also found up in the rapid Storstensforsen. Particularly early in the season it’s likely to catch lake trout in the pool below the falls which adds an extra dimension to this fishing spot. The next time you visit Ammarnäs, take the opportunity to try out Tjulån and the lower parts of Tjulån by the rapid Smedforsen.

We guide throughout this whole stretch. 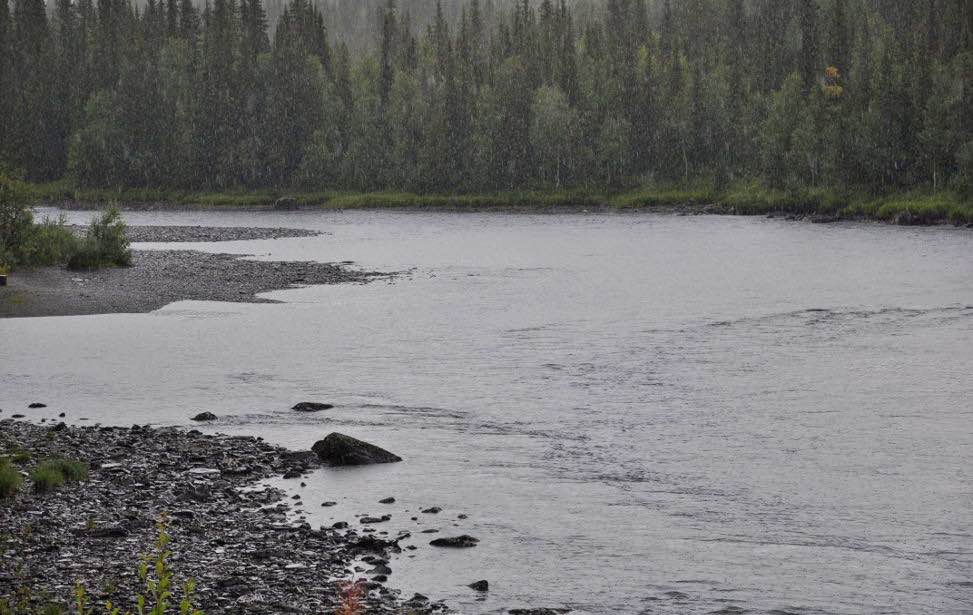 Photo: Peter Schmitt 2015 (Fishing pause while the rain is pouring down in Kraddsele)

We guide throughout this whole stretch.

These waters are included in the Upper Sandsele license and are excellent areas for hunting the Ammarnäs Trout.

We guide throughout both these stretches. 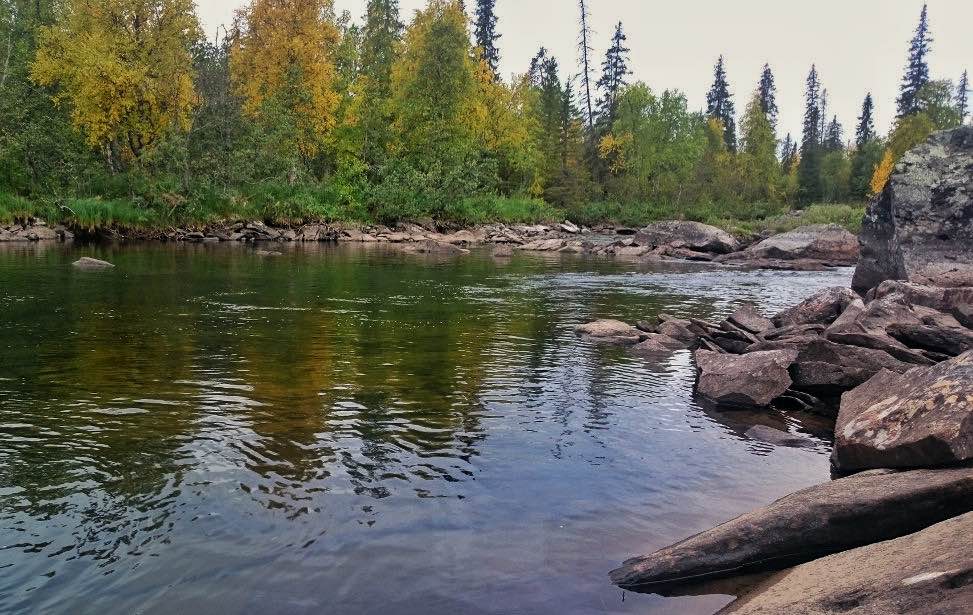 Photo: Peter Schmitt 2015 (There are many fine parties by Övre Sandsele)